To-Day, the paper Jerome edited from 1893, included a column called ‘In the City’. It comment 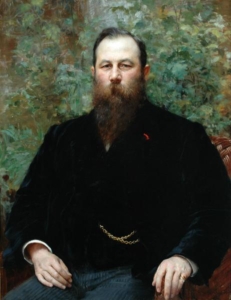 ed, sometimes robustly, on financial matters and would not be backward in calling out any company it thought unethical or underhand. In one issue, the column accused a wealthy Northern industrialist, Samson Fox, of having induced the public to subscribe to the capital of the Leeds Forge Company and of several water-gas companies by gross and deliberate misrepresentations. Mr Fox was also accused of having fleeced the public of £46,000 which he had passed on, bizarrely, to the Royal College of Music.

After ‘the longest case, and one of the most expensive, ever heard in the Court of Queen’s Bench (Jerome), the jury awarded Samson Fox damages of one farthing.

The pages shown here are those from the original issues of To-Day, reproduced here, we believe, for the first time, though, as Joseph Connolly notes in his biography of Jerome, ‘ the case was ‘very long, very time-consuming, extremely dull and hopelessly complicated.’ Jerome said, ‘It resolved into an argument as to whether domestic gas could be made out of water.’

Ironically, Samson Fox (1838-1903) went on to become a Parliamentary candidate for Jerome’s home town of Walsall. He actually died in the town – before he could contest the seat.